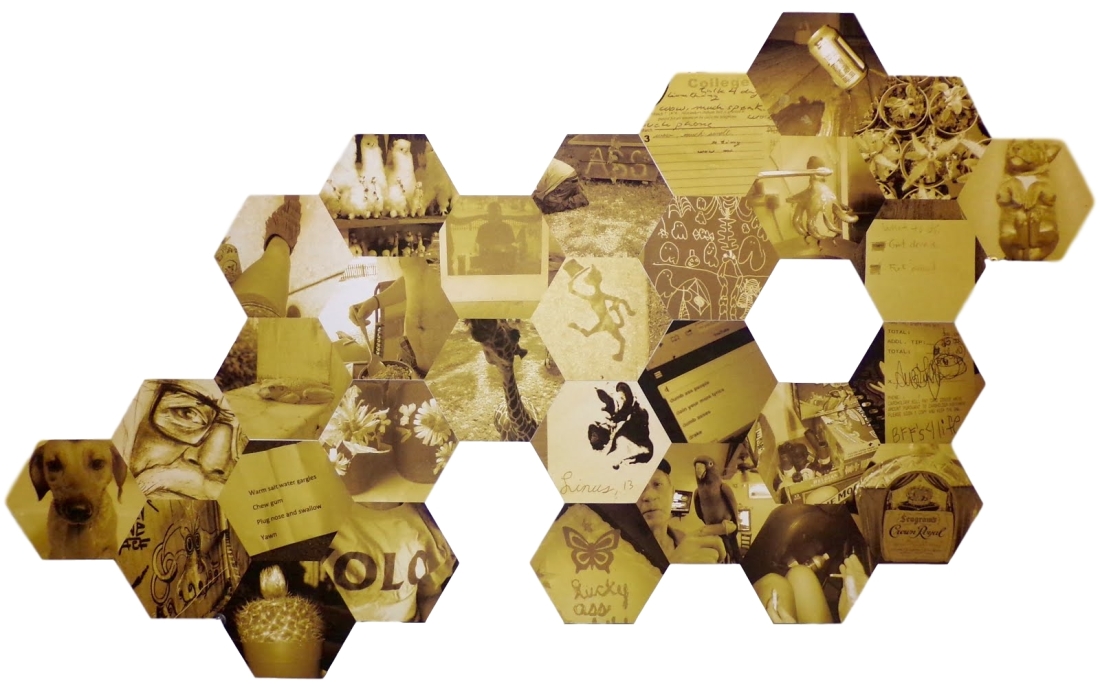 This piece of art shows a series of images I have beginning in 2011, during my my senior year of high school, until the most recent image, taken in December 2015. The images are unified through the use of a common gold color, and a hexagonal shape. Although the images vary in content, from pets, to plants, to polaroid photos, I chose these particular photos because each of them is linked with a particularly strong feeling and vivid memory. Some are more negative, such as the photograph that shows a friendship I ruined. Some are more positive, such as the image that shows the birthday cake I received on my 20th birthday. All the images, however, represent an experience that is truly unique to me. When combined, they form a piece that displays the most remarkable ocuurances I’ve had over the past four years, and represent my feeling towards the experience as a whole.